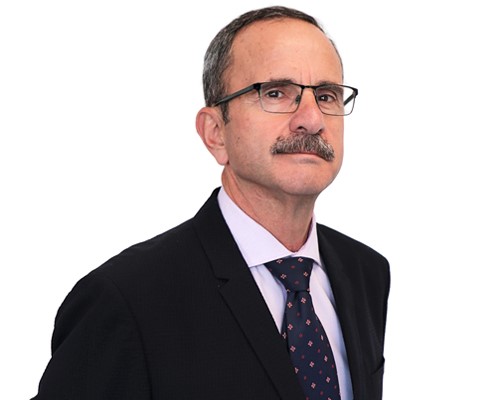 General Manuel Gimeno Aránguez, head of ENAIRE's Civil-Military Coordination Department, comes to us from the Air Force, where he spent his career in important operational and managerial positions.

As a pilot, he has about 4,500 flight hours, mainly on the C-130 "Hercules" and Boeing 707 aeroplanes. He has been involved in actual operations with our Armed Forces abroad, took part in an exchange programme with the United States Air Force and was stationed at NATO Headquarters in Northwood, United Kingdom.

While in the military, he was stationed in the Air Force's Personnel Command and General Staff until, upon becoming a colonel, he was given command of Joint Air Force Group 47 and, after his promotion, the post of Deputy General of the Air Force Training Command. During his career he was also assigned to joint commands, and he served as an advisor in the Technical Cabinet of the Secretary of State for Defence, Head of the Logistics Division and Head of the Planning Division of the Joint Chiefs of Staff. In recent years, he worked as Deputy Director of the Military Emergencies Unit.