ENAIRE provides an aerodrome control service across 21 ATC towers in Spain, including at the two busiest airports, Adolfo Suárez Madrid-Barajas and Barcelona-El Prat, both among the top 10 in Europe in passenger volume. 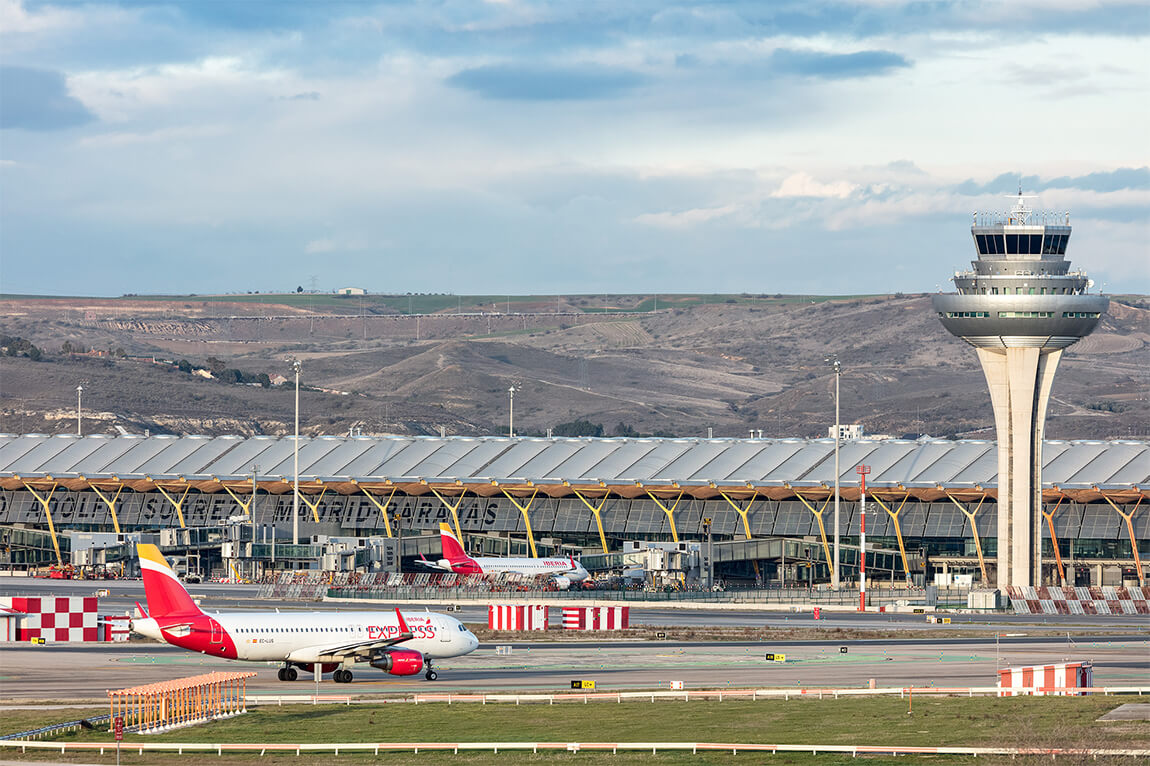 The principal function of our tower-based air traffic controllers is to supervise aircraft taxi, takeoff and landing manoeuvres, guaranteeing traffic safety and efficiency in the airspace around the airport and manoeuvring area.

ENAIRE tracks and controls a series of KPIs that inform on the quality level of the service established by the airport manager. Among other things, it monitors aerodrome operations via indicators established by Eurocontrol at the European level, such as additional taxi out times, average delays and departure slot adherence.

ENAIRE provides technical operating services in communication, navigation, surveillance and air traffic management systems across all the airports in the AENA network, with which it works closely as part of the EU programme for the creation of the Single European Sky (SESAR, Single European Sky ATM Research).