All aircraft that take off from, land in or cross our airspace receive communication, navigation and surveillance services through a modern and comprehensive network of facilities operated by ENAIRE. 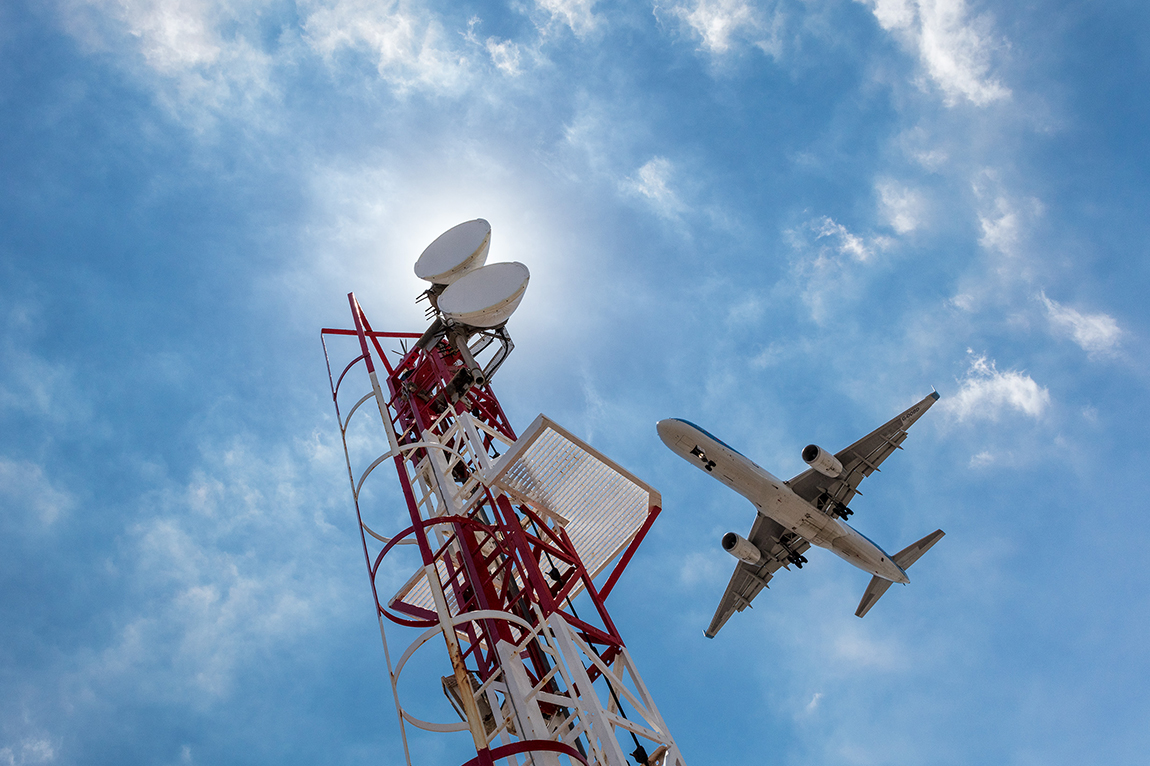 Similarly, the aircraft are attended by one or various air traffic control operators (ATCOs) who, depending on the flight phase, provide their services from a specific unit, guaranteeing at all times that aircraft uphold the safety levels which the separations between them determine.

The infographic below shows how the ATC services are provided by the ATCOs in accordance with the flight phase. 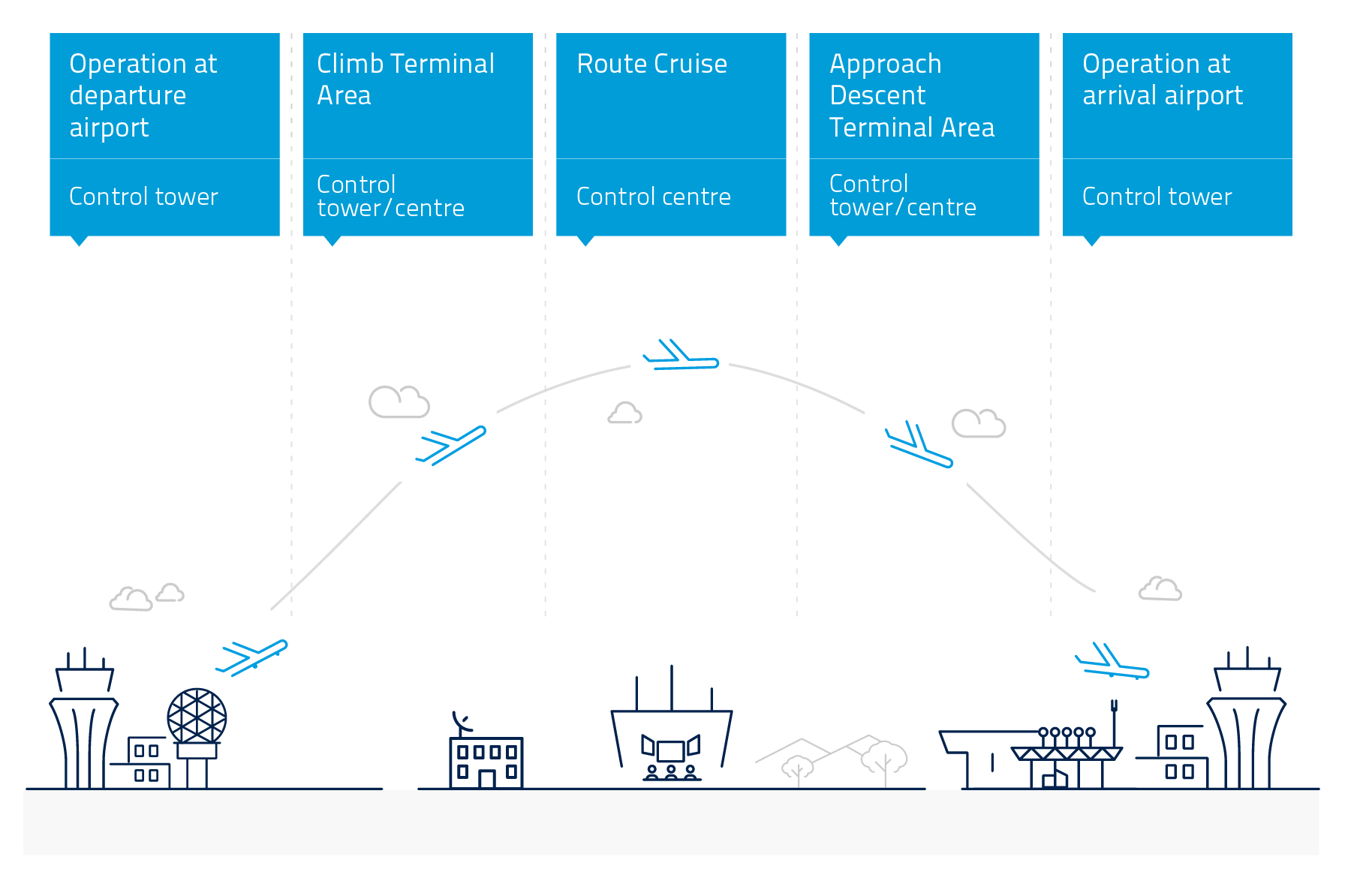 Aerodrome control service: from the origin airport control tower we manage flights from the moment aircraft turn their engines on: we control their movement on the taxiways and their take-offs from the runways. When aircraft have taken off, the control tower staff transfer the flights to the approach ATCOs.

En-route control service: once a flight is established in the airway, the en-route ATCO manages the aircraft during the cruise phase through to when it starts its descent at the destination airport. This is the longest flight phase and depending on the route chosen by the aircraft is controlled by the different en-route control centres the aircraft passes over, with flights being transferred from one to the other in accordance with internationally established procedures.

Approach control service: an aircraft's descent to land at the destination airport once the flight has been transferred from the en-route controller is managed by the approach ATCOs who direct the path of the aircraft towards the destination airport. At airports with heavy traffic, the approach ATCOs also organise landing sequences, accommodating aircraft paths and speeds until the aircraft are close to the airports and ready to begin their descent, at which point the flight is transferred to the control tower ATCOs.

Aerodrome control service: with flights very close to the airport and generally when aircraft are lined up for landing strips, the control tower ATCOs authorise the landing, always ensuring that the runway is free of other flights and any object that could impact this manoeuvre. Once the aircraft has exited the landing strip its movement is controlled on the taxiways through to the parking apron. 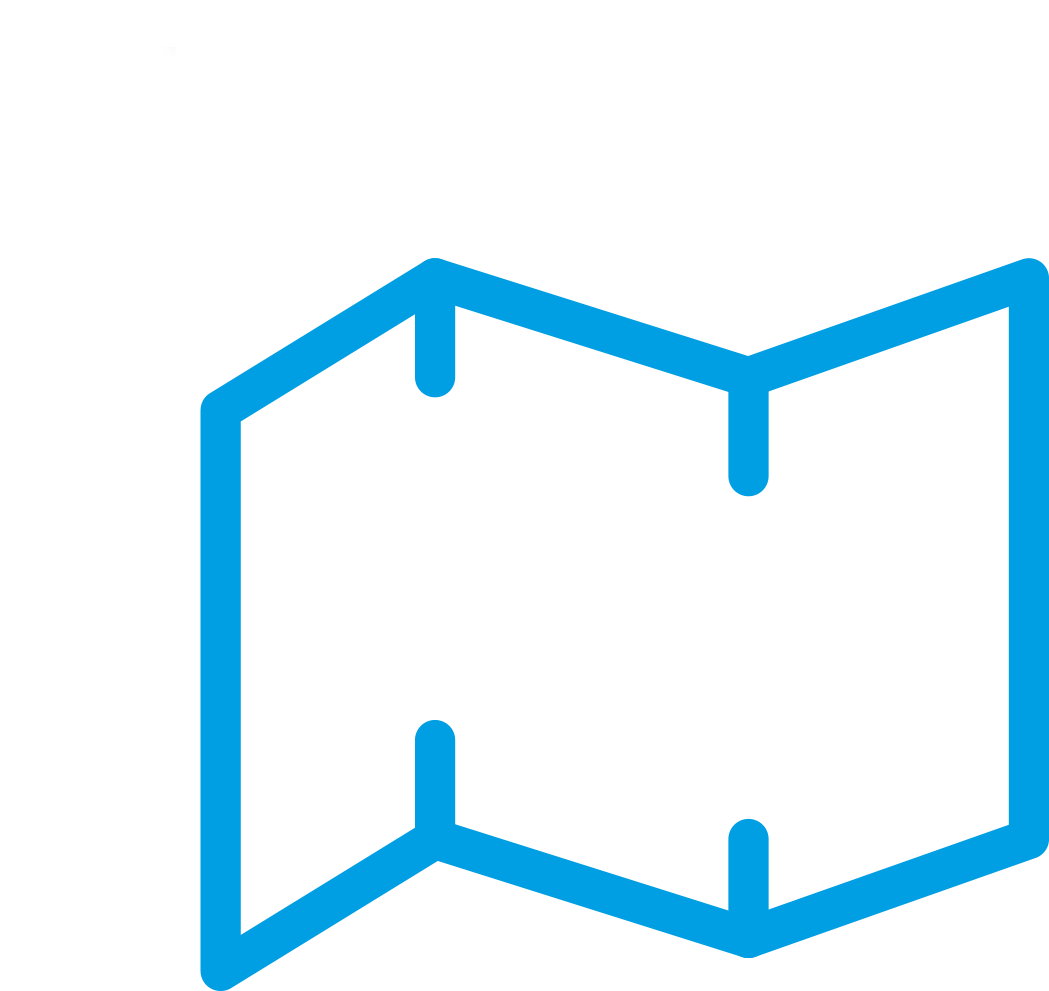