This morning, the acting Secretary of State for Infrastructure, Transport and Housing, Pedro Saura, opened a workshop where the foundations of ENAIRE's new Strategic Plan, the 2025 Flight Plan, are being laid. Present at this workshop are the industry's top representatives: Eurocontrol, the European Commission, EASA, DGAC, the Ministry of Defence, Aena and airline associations.

Saura structured his presentation around two major points. First, he noted the socio-economic relevance of air transport, which in the case of Spain, the world's leading holiday destination, is a true driver of productivity, social cohesion (due to its peninsular and insular uniqueness), as well as in the fight against climate change.

The main challenges: capacity, sustainable growth, service quality, the Digital SES, technological innovation, internationalisation, safety and cybersecurity For Saura, the policy of the Ministry of Works should focus on the public and be geared towards its needs for safe, sustainable and connected mobility.

According to the acting Secretary of State, the great challenges to air transport in coming years will be to provide us, both "landside" (airports) and "airside" (air navigation), with the capacity needed to be able to successfully handle the growth of air traffic, which, according to IATA, will double by 2037 and reach 8.2 billion passengers.

He also pointed out the need to address the increase in delays that, in the case of Europe, are focused in the centre of the continent, affecting the remaining countries and Spain due to its geographical location.

Saura explicitly mentioned the challenge of the Digital Single European Sky through automation and technological innovation, where ENAIRE plays a key role in driving R&D in air traffic management. 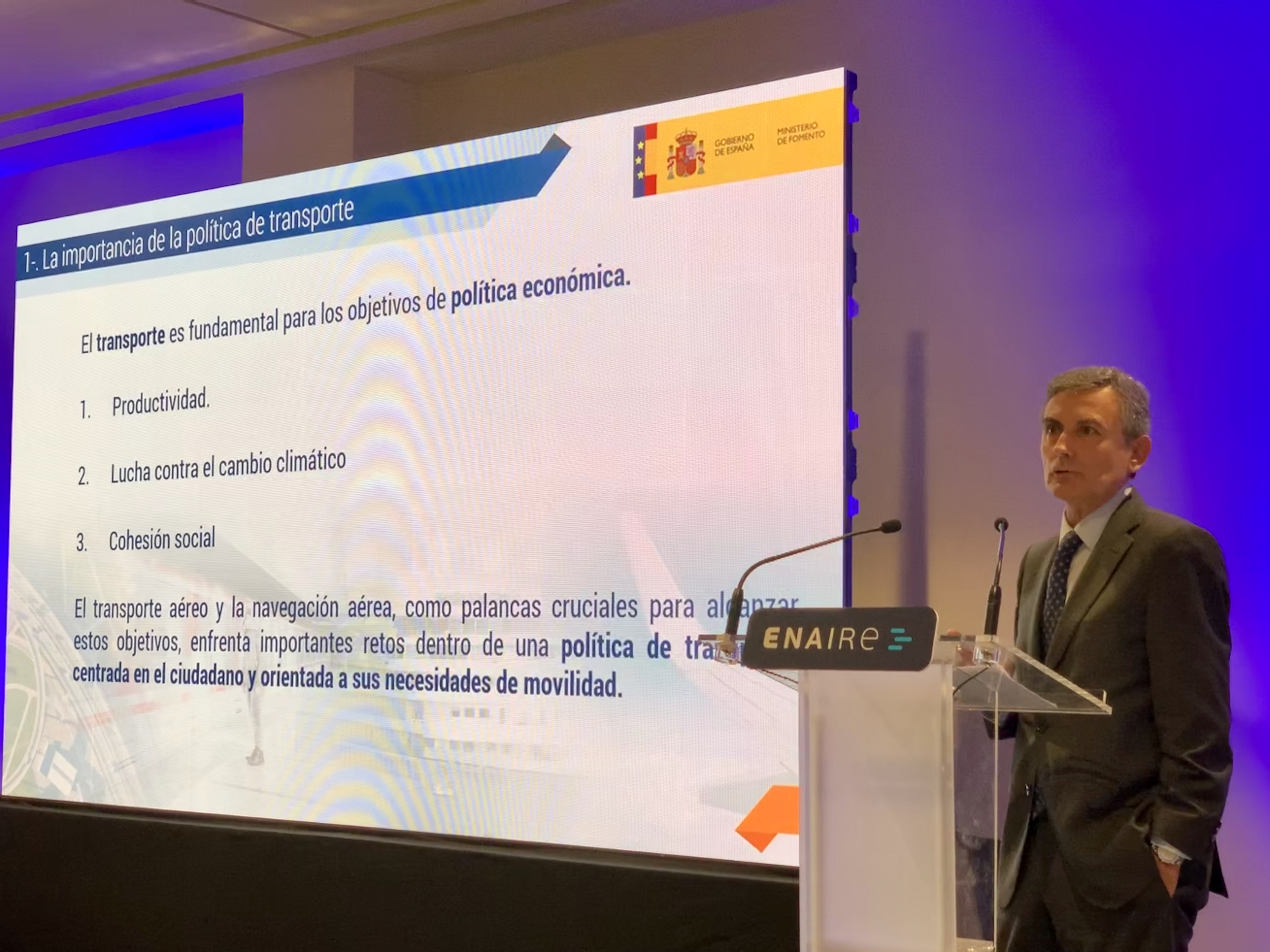 Another aspect that was underscored was the subject of unmanned aircraft, drones, a rapidly growing emerging sector that in 20 years, according to European Commission estimates, will generate 100,000 jobs and have a turnover of 10 billion euros a year.

One of the pillars of ENAIRE's future Strategic Plan will be internationalisation, which involves turning ENAIRE into a global operator through its participation in alliances and consortia, or through international tenders to provide air navigation services.

The Secretary of State concluded his speech by stressing the importance of cybersecurity and transport safety, not only as it concerns aviation, but from a multimodal standpoint that encompasses rail, land and ports.

Another panel on challenges and strategies for Spanish air navigation is planned for the afternoon session, which will be chaired by Ángel Luis Arias, ENAIRE’s Director General, and feature Isabel Maestre, Director of AESA, Jesús Pérez Blanco, Deputy General Director of the Civil Aviation General Directorate, Javier Marín, CEO of Aena, Brigadier General Julio Nieto, of the Navy Staff, Javier Gándara, Chairman of ALA and Federico Belausteguigoitia, manager of ACETA.

ENAIRE is the company belonging to the Public Works Department that provides air navigation services in Spain. It renders aerodrome control services at 21 airports, including the busiest in terms of air traffic, plus en-route and approach control, from five control centres: Barcelona, Madrid, Gran Canaria, Palma and Seville. In addition, ENAIRE provides communications, navigation and surveillance services to 45 air control towers.