The Committee of Operations Directors of EUROCONTROL's air navigation managers is meeting today and tomorrow in Madrid, under the umbrella of the European Network Manager, at a gathering organised and led by ENAIRE with a very specific roadmap: efficiency in air traffic management, excellence in the provision of services (with a focus on improving capacity), sustainable air connectivity and, of course, safety, which is the top priority of air transport.

Over the course of two days, leading airspace operational management officials will address issues as relevant as the design and architecture of air routes as they look ahead to the challenge of the Single European Digital Sky.

Experts are already preparing for the summer of 2020 by analysing the measures implemented this year, in which ENAIRE was part of the solution

ENAIRE, through its Director of Operations, Xavier Benavent, has chaired this working group since April 2019. The group has adopted decisions involving the design and management of transnational traffic flows, the adoption of joint measures to mitigate the impact of adverse weather events, and the consolidation of relationships between different countries and airspace interfaces.

In addition to the Operations Directors, the members of this high-level international forum also include the Director of the Network Manager, as well as representatives of the European Commission, military organisations, airport associations (ACI Europe), airline associations (IATA and A4E) and, occasionally, officials from the International Civil Aviation Organization (ICAO) and NATO.

On the agenda is the "Airspace Architecture Study" published by SESAR Joint Undertaking, the public-private partnership that is developing the Single European Sky project, and EUROCONTROL, the Network Manager.

The document is the result of the request made by the European Parliament to the European Commission, in a Resolution adopted in 2017, to study the fragmentation of national airspaces and implement measures that can help overcome inefficiencies. The Resolution states that airspace is also part of the European Union's single market, where any inefficiency increases CO2 emissions through longer flight routes and flight times.

The "Airspace Architecture Study" proposes a redesign to increase the capacity and resilience of European skies in order to reduce congestion. This new approach to Europe's airspace architecture that leverages modern technologies and decouples service provision from local infrastructure. It also sees a progressive increase in the levels of automation, cyber-secure data sharing and connectivity.

The Operations Directors agree that, thanks to this proposal, airspace configuration and design will be optimised from a European network point of view, connecting airports and taking due consideration of major traffic flows across Europe data services will be made available to trusted users feed advanced air traffic control tools, allowing operational harmonisation and increasing the level of performance of air traffic controls centres across Europe.

At this meeting, the directors will also specify the measures to prepare for the 2020 summer by analysing the 2019 season, in which joint efforts to redistribute traffic, a global European vision and the flexible use of airspace were essential to improving flight management. ENAIRE was part of the solution in the summer of 2019 by accommodating traffic from neighbouring countries, concretely, 160 additional flights a day.

ENAIRE's Director General has stated: "For Spain and ENAIRE, it is an honour to host a meeting in Madrid that I am sure will yield ideas and actions that will serve to promote the development of a Single European Sky: digital, safe and sustainable, a commitment from everyone". 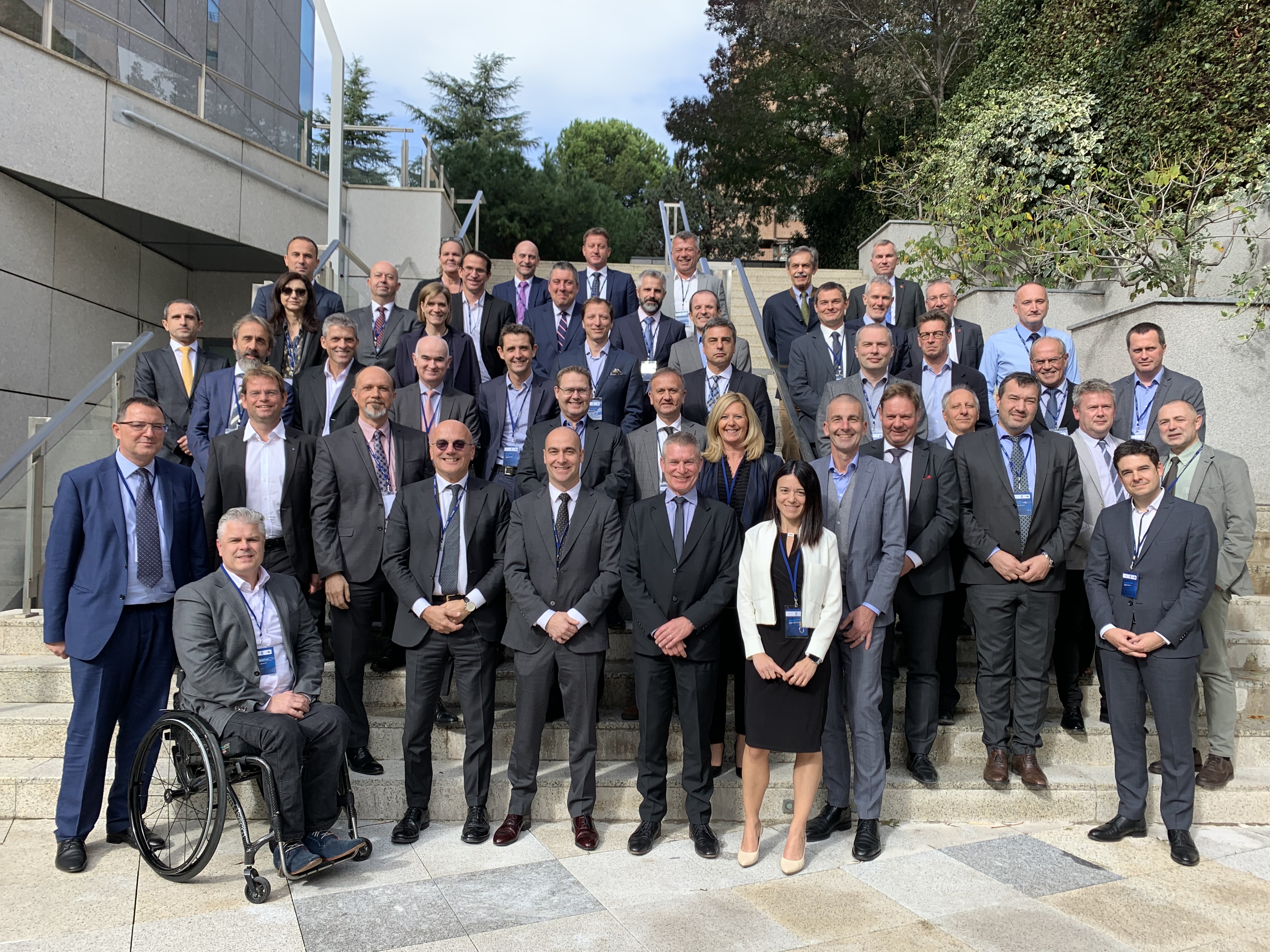 ENAIRE is the company belonging to the Public Works Department that provides air navigation services in Spain. It renders aerodrome control services at 21 airports, including the busiest in terms of air traffic, plus en-route and approach control, from five control centres: Barcelona, Madrid, Gran Canaria, Palma and Seville.